Earlier this spring I was the lucky winner of these Quick Curve Ruler blocks from Jenny Pedigo at Sew Kind of Wonderful.  Thirty happy and perfectly pieced nine inch blocks! 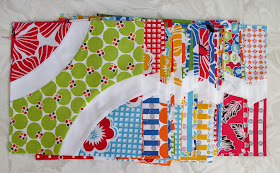 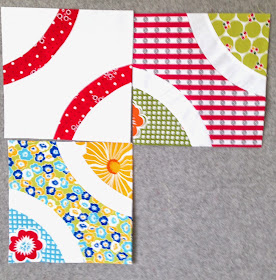 I thought maybe the same block, only in reverse fabric order, would be a nice change of pace.  But after I made my block I decided I didn't like my idea. 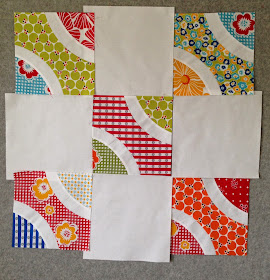 Then I thought maybe just some plain blocks in-between the pieced blocks would be nice, I didn't like that idea either. 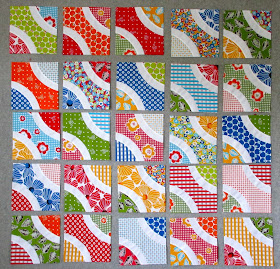 So then I thought I would just sew them together, and I liked this setting, 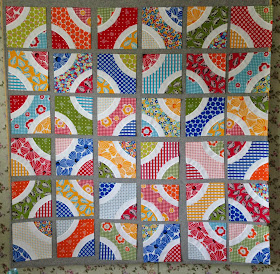 but decided I liked this one better.

Then I decided some sashing, the same width as the curved pieced blocks, would add just the right touch.  A friend suggested the cornerstones for the circle intersections only, which was a great idea, I think it creates a new block, made up of 4 curved blocks. 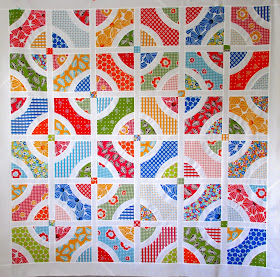 This is Lifetime Quilt Number 137
I've named it Roundabout
It finished at  65" x 65"
The fabric is Treasures and Tidbits by Piece O'Cake Designs.
It has approximately 245 pieces.

Jenny made these blocks from a layer cake.  She's going to be adding the instructions to piece these blocks to her blog in July as a freebie!  So pick out a layer cake and get ready to piece your own Roundabout.  I"ll be sure to let you know when Jenny has posted the block directions.