After seeing dozens of pumpkin quilts on social media, I just couldn't help myself, I decided I needed a pumpkin quilt too.

There are several great pumpkin patterns available, but I chose Pumpkin Seeds by The Pattern Basket for my pumpkin quilt. 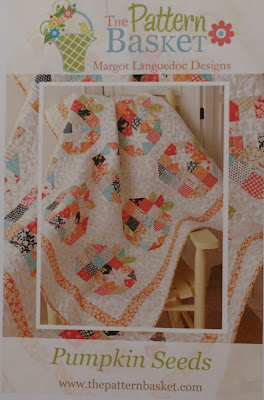 Have you noticed the assortment of real pumpkins these days?  White and blue pumpkins were very popular at my farmers market, and the inspiration for my version of Pumpkin Seeds.  It also helped that I had depleted my orange stash making my Halloween Blooms, no orange pumpkins for me, this year.

I did "Thelmaize" it just a tad.

First off, I decided not to put stars in the pumpkins, I thought it would be fun to come up with a different design for each one.  Here's a block that is exactly like the pattern, other than the star. 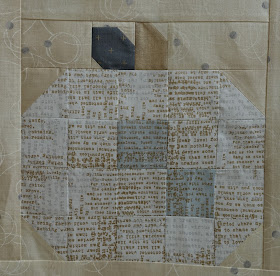 I also rotated some blocks to make them tall instead of short. 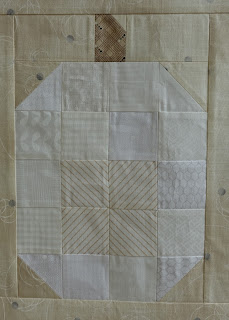 And I added a row to a few of the pumpkins, to make them bigger. 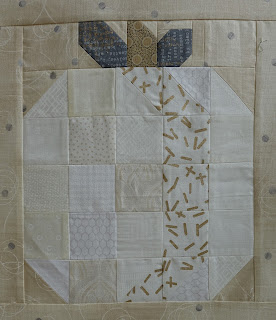 And end in the end came up with this. 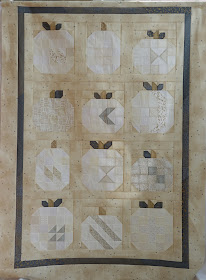 This is Lifetime Quilt #188
The pattern is Pumpkin Seeds by The Pattern Basket
It finished at 49" x 69"
The background fabric is by Janet Claire for Moda, the line is called Nocturne.
The sparkle fabric is Luster by Zen Chic for Moda.
It has approximately 485 pieces.

And here are my Village scrap houses! 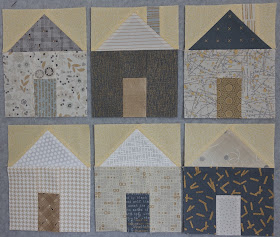 Those pumpkin blocks are easy to piece, and fast.  Now I need a new fall project to tide me over until I start a Christmas one.