Ombre Star - From WIP To Finish

One of my 2017 Year of Thelma Quilt goals is to end the year with no WIPs.   One WIP was Zipper, which I finished earlier this year, another is this Ombre Star project which I started February 2016. 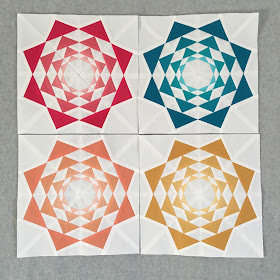 I made these 4 blocks, liked them, but didn't know what to do with them, so I put them in a project box.  I recently decided to do something with these blocks so I could just consider this project done.  And I wasn't even sure what to do, so I just pieced more blocks. 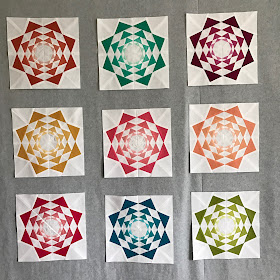 And when I got to nine blocks I decided that was enough. 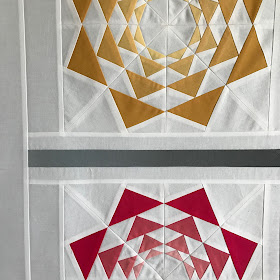 Then I decided to set the blocks using the gray ombre fabric. It's hard to tell from the photo but the center is dark gray and gets lighter as it proceeds to the outer borders. 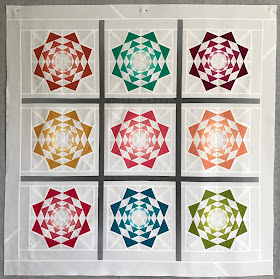 This is Lifetime Quilt Number 205
I've named it Ombre Star
It finished at 50" x 50"
The blocks are paper pieced and the pattern is from issue 16 of Love Patchwork and Quilting magazine.
The fabric is V and Co's Ombre fabric by Moda
It has approximately 976 pieces.

For the rest of this year, if I finish each project I start, I will end the year with no WIPs, fingers crossed.